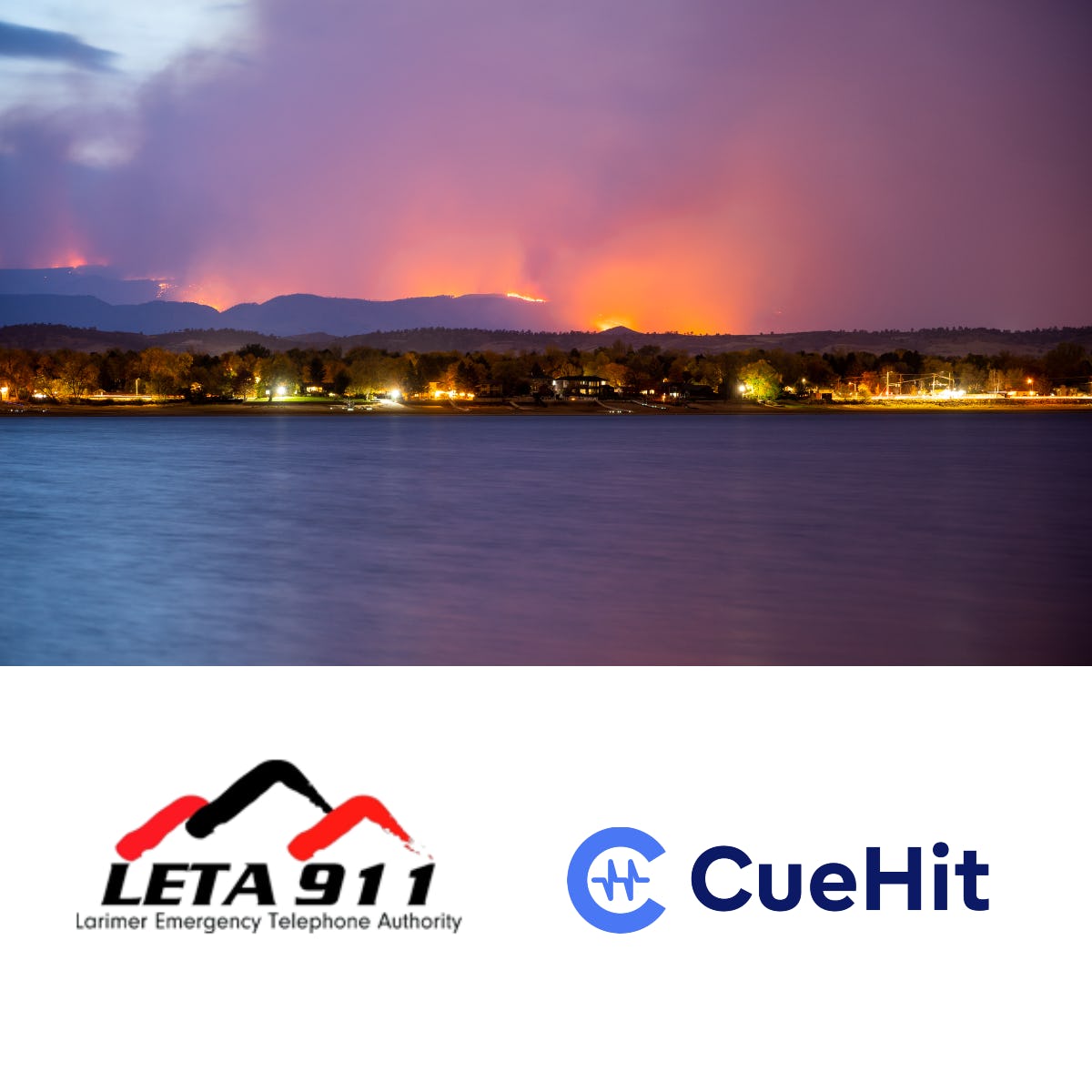 After a summer and fall of devastating wildfires in Colorado, the Larimer County Emergency Telephone Authority (LETA 911) wanted feedback from the community. Especially those directly impacted and evacuated during the fires.

LETA partnered with CueHit to create a community feedback survey sent via text message and email to those that received evacuation alerts and emergency notifications during the fire. The CueHit surveys were also posted on social media and accessed via a website.

Of the tens of thousands of community members that received the survey, we observed a greater than 50% response rate! The feedback about the performance of the team and notifications were overwhelmingly positive (close to 90% Positive Satisfaction Score) and LETA received helpful recommendations and suggestions for evacuation alerts in the future.

Using information from systems like Computer Aided Dispatch, Emergency Notifications Systems, Records Management and Patient Care Reporting, CueHit lets agencies proactively reach out to citizens in their community who have recently interacted with the Department.

The CueHit Community Engagement platform enables you to connect to tens of thousands of people weeks after a major event, some callers a few hours after a 911 call, or specific individuals a few days after an interaction with Law Enforcement.